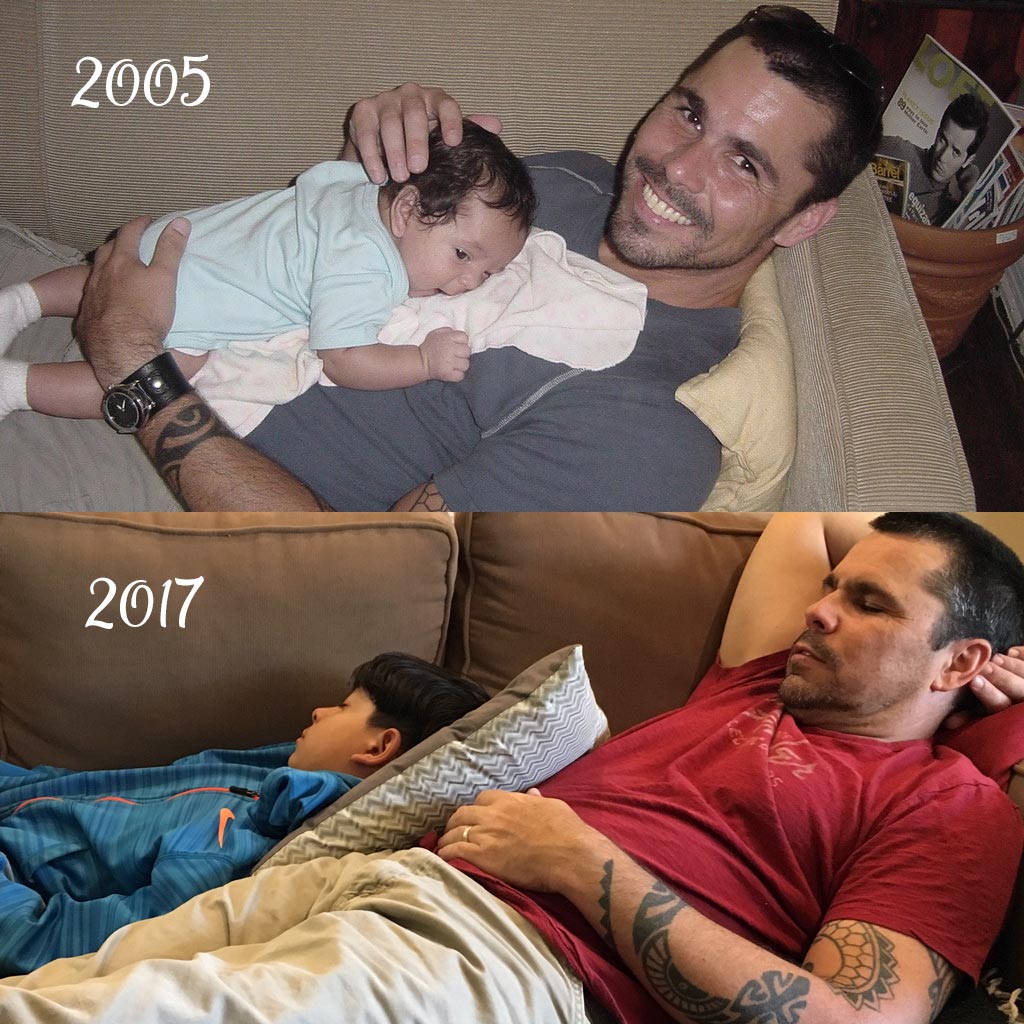 Awwwh – always have loved that quote!  To celebrate Father’s Day, we have pulled together a few gift ideas for you.  Some are DIY, some are more affordable than others, and a few are available personalized.  We carry a number of these, and I’ve provided links to those we don’t.  Gift, card, or hug (or all three!) – go spread some love this Father’s Day.

$ – up to you  Pack a picnic lunch using whatever you have at home, include a frisbee or a football, and head out to one of Dad’s favorite locations — or maybe it’s just into the back yard!

$21.60   Do you know Dad’s favorite super hero?  We’ve got an awesome selection so dad can be even more super than he already is…

$9-hardcover, $2 – Kindle   My favorite part of this re-imagining of the Dark Lord as involved parent – Take your child to work day…on the Death Star.  Available on Amazon here.  Books that are fun for both kids and adults are hard to find…Jeffrey Brown did it with this.

$ – varies  I found this project by Alexandra Hedin on Design Sponge.  It is amazing.  We are going to try this at our home, following the directions she has provided here.  I will take some pictures as we go and show you the end product.

Wishing all the dads a Happy Father’s Day!

I am an Uncle. It didn’t really hit me until I was married. Derek and I have been a family for 10 years now and I have always been considered a part of my (now) husband’s family right from the start. Not once did I ever feel like an outsider. But, when we got married I noticed a change. Not in them. They have all stayed the same. It was me. I changed. I didn’t realize until after we were married what I was holding back. I had a wall up that kept me from fully jumping on the “we are all one big family” bandwagon. It all became so clear to me once we were visiting my husband’s brother and family over the fourth of July.

Just before that, right after the wedding, Derek’s sister and I were kidding around by text calling each other sister-in-law and brother-in-law but, to be honest I was so giddy from just being married that I did not realize how significant that moment really was.

On the 4th of July we traveled down the coast to visit Derek’s brother Ryan, his wife and daughters. They have a huge Fourth of July party every year and we had never been. They invited us to come down when they came to our wedding. We had never really spent any time with them at all since we have been a couple and I admit I was a little nervous about it.

They, along with their neighbors, throw this big July 4th celebration. Water ballon fights, BBQ, music, the whole nine yards. It was a fantastic time. But, the moment that stood out for me was the moment his daughters, Megan and Melissa, doused me with water balloons and called me Uncle David. I can’t for the life of me remember the exact way it was used but I remember hearing those two words “Uncle David”. I still get goose bumps every time I think of it. It was probably no big deal to them. They were having a blast and in the moment I was happy to engage and get them back with a few water balloons I had in my hands. The moment was significant. I was an uncle.

Now, who knows. They may have always thought of me that way. I did not ask and I am OK if they did or didn’t, but I felt different in that moment. Going forward, I am an uncle — their uncle — and not just to 2, but to 5 kids. [Well, kinda, 2 are still kids; the rest are adults.]

I started to think about what that has meant to me. Derek and I were together for 10 years before we were married. We pretty much kept to ourselves, as a family, with occasional visits until his mother passed away two years ago and we moved in next door to his sister. Why did I keep my distance from family emersion until I was actually married to Derek? Partly ,I believe, it’s a mechanism of safety. Could have something to do with being an only child. A hold over from a past where relationships came and went for whatever reason.

What struck me the most about this revelation was what I had been missing. I had raised my shields and kept my distance from family politics and engagements. I allowed myself to think that his family did not see me as a member of the family but, as “Derek’s gay lover with a kid”. I did that — not them. I placed my own internal homophobia on them and now I’ve decided to let that go.

So here I am on the other side. A husband, father, brother in-law and uncle.